R&S: How was breakfast served before starting Breakfast In the Classroom?
Principal Gwin: We had breakfast in the gym. Some students ate and some didn’t. A lot of the students wanted to go outside and play so they would skip breakfast.

R&S: How did you get teacher buy-in?
Principal Gwin: We met with teachers and described the benefits of having Breakfast In the Classroom. We discussed the possible things that “could go wrong”, and then we implemented it on a trial (pilot) basis, May 2017. After we fully implemented in the 2017-18 school year, I scheduled a meeting with teachers to give them another opportunity to discuss concerns. I told them to make a list of everything they wanted to talk about. I thought the room would be filled but no one showed up because of how smoothly things went.

R&S: Has there been an increase in spills and messes now that breakfast is in the classroom?
Principal Gwin: We thought this would be a major problem, but it is not. If there is a spill, the teacher calls the office and the custodian comes to the classroom. 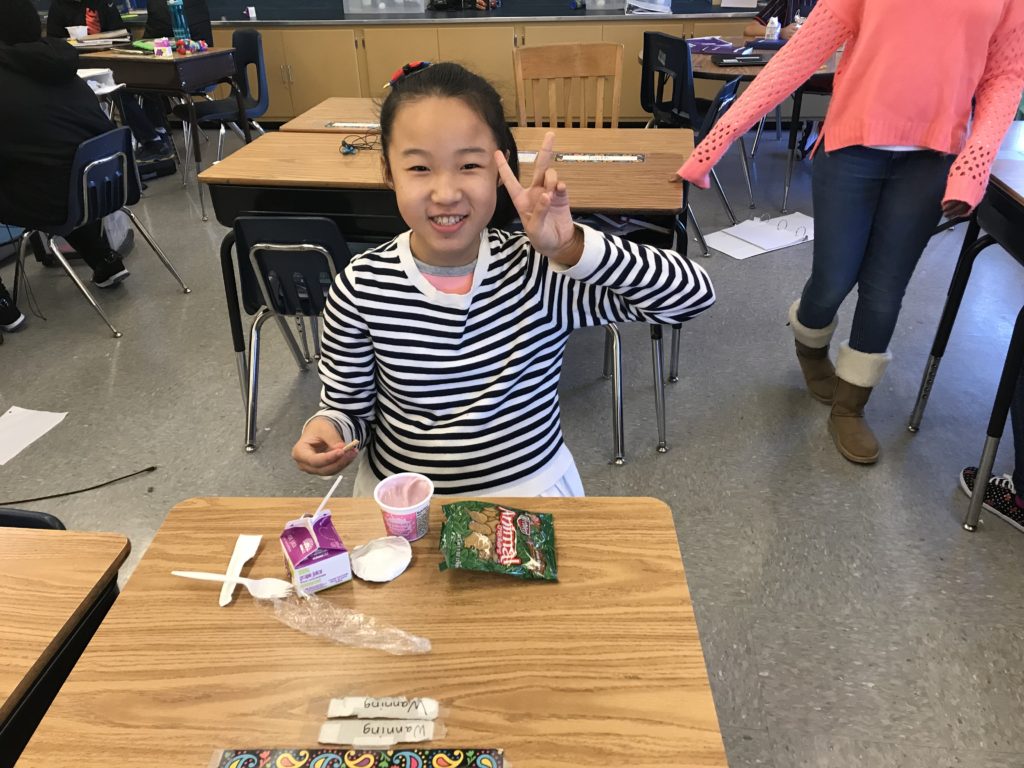 Breakfast In the Classroom at Wiley Elementary School

R&S: Did parents have concerns? If so, how did you handle those?
Principal Gwin: Parents were concerned if breakfast was offered at school that students who ate breakfast at home would eat twice, increasing their calorie intake. We let parents opt out of the program if they wanted to opt out. Only one or two parents out of 280 opted out of the breakfast program.

R&S: What is a typical morning like with Breakfast In the Classroom?
Principal Gwin: Staff place items that need to be kept cold in thermal bags. Items and bags are loaded on carts and delivered to a designated area inside each classroom at about 7:30 a.m. The bell rings at 8:10 a.m. and breakfast is served. Students have until 8:25 a.m. to eat. Each classroom has a garbage can on wheels designated for breakfast disposal.

R&S: What are teachers doing while students are eating breakfast?
Principal Gwin: Teachers are doing different things – playing a book on tape in the background, taking attendance, collecting homework, or assigning work for students to complete on their Chromebooks.

R&S: How has Breakfast In the Classroom impacted your school/students?
Principal Gwin: It has had a positive impact on attendance. More students eat breakfast than ever before and are excited about going into their classrooms in the morning. I love it!