Breakfast After the Bell: Meeting Needs at Instituto

“We have been doing Breakfast After the Bell since before it was hip,” chuckled Kasia Sanchez, Director of the President’s Office at Instituto Health Sciences Career Academy.
Instituto shifted from a traditional cafeteria breakfast before school started to Breakfast In the Classroom about five years ago to ensure each student had access to a healthy nutritious breakfast.

Instituto officials did not want to lose class time due to breakfast and saw a lot of their students were not hungry first thing in the morning so the high school adjusted its schedule for breakfast. An additional 10 minutes was built into first period. Students eat breakfast 10-15 minutes prior to first period coming to a close.

“This way we get the curriculum in and then do breakfast,” said DeBorah Pusateri, Instituto Compliance and Information Systems Manager. 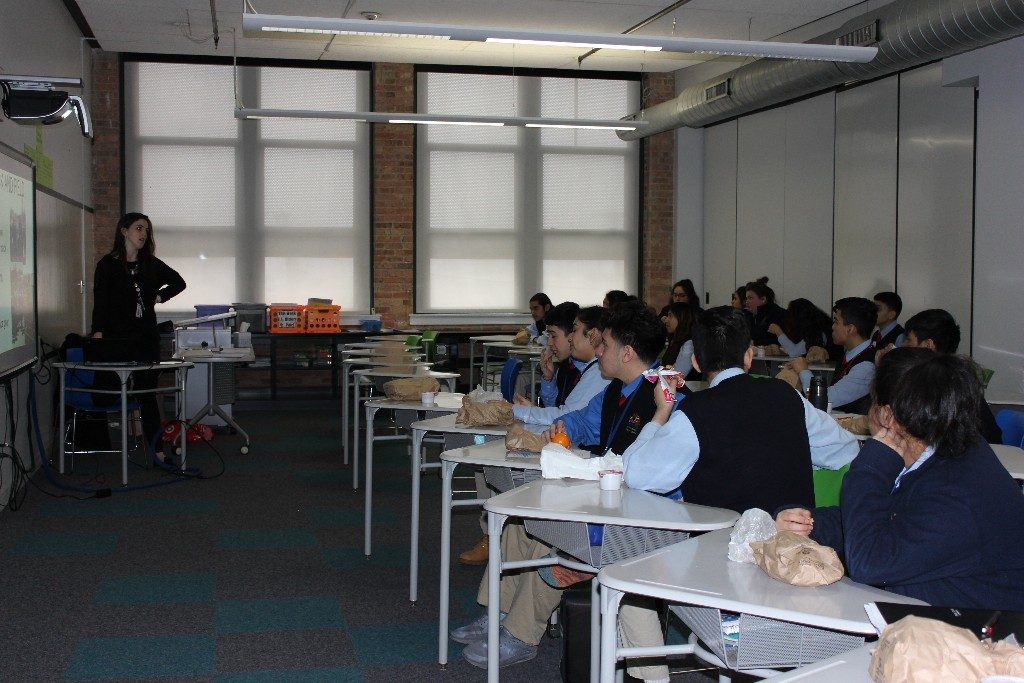 Breakfast In the Classroom at Instituto Health Sciences Career Academy

Insulated bags sitting outside the classroom door are brought in toward the end of first period. Teachers open the bags and remove the rosters, which contain a bar code next to the student’s name and a box. As students grab either a brown bag which contains a hot breakfast or a white bag which contains a cold breakfast, teachers place a check in the box next to the student’s name. Students return to their desks to listen to announcements and eat breakfast for the remainder of the period. Once breakfast is over insulated bags containing the rosters are left outside the classroom door to be picked up by the kitchen staff. The barcodes of the students that ate are scanned into the system.

“With the survey’s we were able to see what the students wanted to eat and as a result added new things to the menu,” said David Robbie Dickson, Chartwells Resident District Manager for Instituto.

Instituto just implemented a fruit table for students to put their fruit if they are not going to eat it so another student can have it.

“If you do not want your fruit, you can now leave it for someone who may need it,” said teacher Maureen O’Donnell, during her morning announcements.

Since implementing Breakfast In the Classroom Principal Hillyn Sennholtz can’t imagine not having the program. “Fewer students go to the nurse and more are here on time. Breakfast After the Bell is what our students need.”