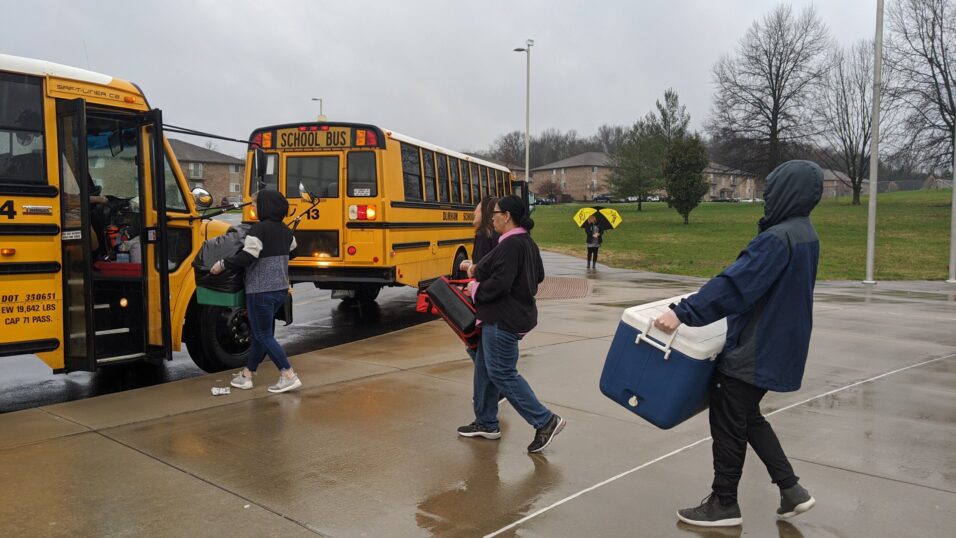 Like communities across the country, COVID-19 devastated the Southern Illinois local economy. Families who previously never needed assistance began seeking resources to help feed their families. While struggling with the sometimes-stigmatizing experience of seeking food assistance, they also dealt with transporting food to children learning from home. And after many months of grab’n’go meals, students were getting tired of the same menu items over and over.
At Carbondale Elementary School District, Food Service Director Sherry Wyatt and her fearless team stepped up to the challenge and embarked on a nearly year-long campaign to feed as many children in their city as possible.

With support from No Kid Hungry, the Carbondale Elementary SD had the resources to innovate the most efficient and effective ways to get food to students. In addition to a meal pickup program established at two schools, Wyatt and her team were able to pay for bus fuel to deliver food to families through May. Over the summer, the unused high school busses were leveraged to keep the program running. While school was out of session, nearly 500 meals were distributed each day to students in need by the established bus delivery system. With their resilience and creativity, the meal service team at Carbondale Elementary SD met an overwhelming need with overwhelming generosity.

To combat menu fatigue, Wyatt and her team began a new initiative this school year. Using a sealer, the school nutrition team now offers sealed and frozen dinners two to four times per week ranging from Salisbury steak and mashed potatoes to macaroni and cheese and fresh vegetables. The community loves these TV dinner-like meals and have provided lots of positive feedback.

In their efforts, Wyatt and her team sacrificed holidays to feed their community’s children 7 days a week. Over the Thanksgiving, Christmas, and New Year holidays, students were sent special meals and enough food to last them through the long weekends. According to Wyatt, these extraordinary services do not go unnoticed. One thankful parent sent a message stating “I would not be able to feed my six children without you.” Another message read “thank you for doing what you’re doing for my family.” Wyatt believes that Carbondale SD’s far-reaching meal service program cannot be done without the collaboration and support from her district partners. To Wyatt, they are “one mission and one voice. We all work together to do what’s best for the kids.”

With up to 400 families relying on the school district for meals and 200,000 meals served since August, the Carbondale Elementary School District has certainly demonstrated resilience and a strong commitment to fighting child hunger.