Golder College Prep, a public 4 year charter high school nestled in the West Town neighborhood of Chicago is part of the Noble Network of Charter Schools. The Noble Network consists of 18 schools.

With one of the lowest breakfast participation rates in the network Golder is the first school to implement Breakfast in the Classroom (BIC), rolling it out March 26, 2019. Two more Noble schools are implementing BIC in May with the rest of the Noble Network to follow in the 2019-2020 school year.

The week prior to implementation 13% of over 600 Golder students participated in breakfast. Breakfast was offered in the cafeteria before school started. “By not having breakfast as part of the school day, it became this thing that students didn’t prioritize. They were running late, didn’t want the hassle of going to pick it up, felt pressure if everyone else wasn’t eating it, or wanted to socialize with their friends instead,” said Vincent Gay, Golder Principal.

Four weeks after implementing BIC nearly 67% of students are participating in breakfast. “Now that breakfast is in the classroom, everyone just eats it,” said Gay. 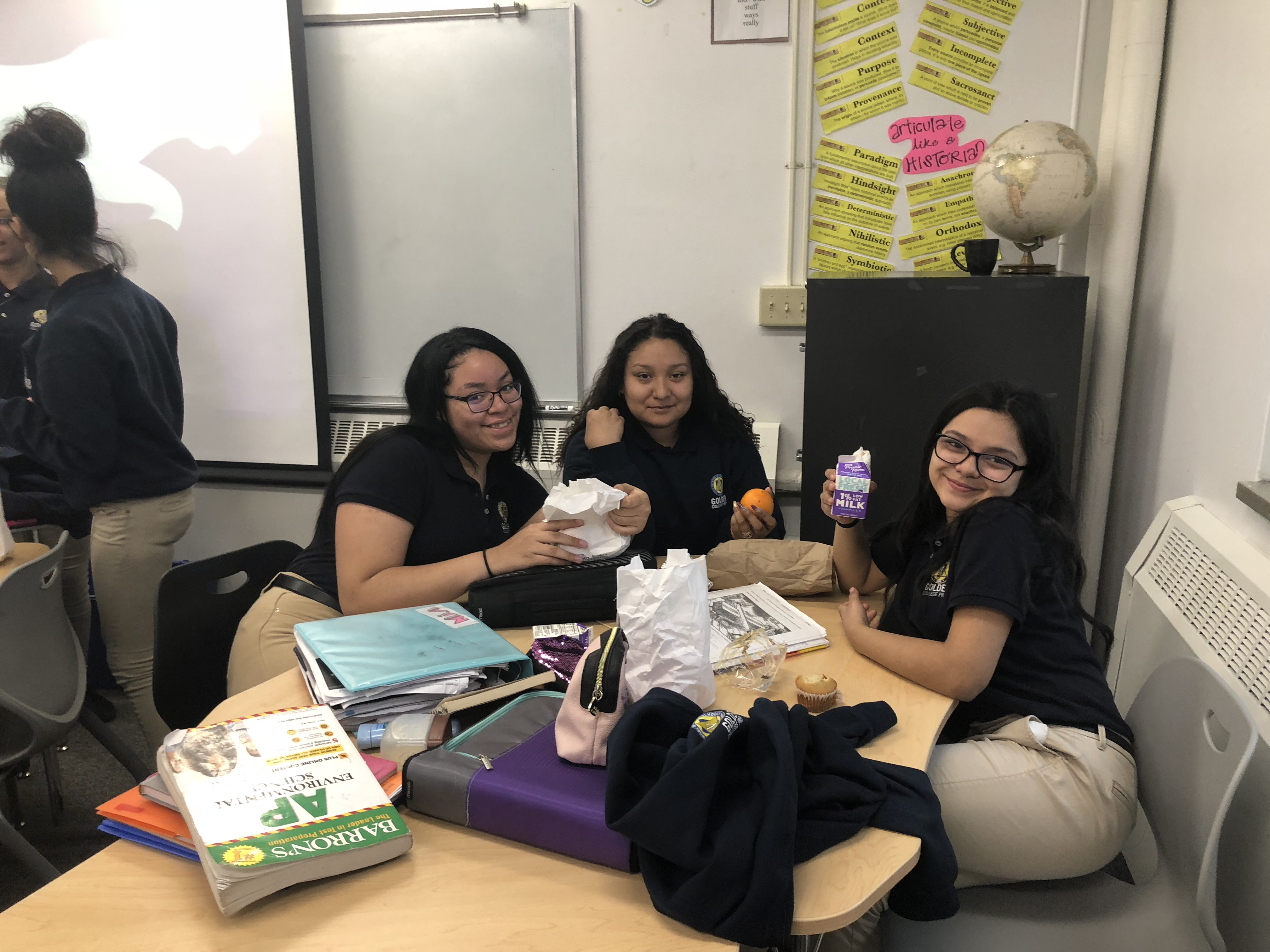 Breakfast in the Classroom at Golder

Golder offers students a hot and cold breakfast daily. The hot breakfast is cooked each morning in Golder’s cafeteria kitchen. The food service staff packages the hot and cold options complete with entrée, fruit, juice, and milk in insulated bags. The bags also contain a roster with student names, menu, and a garbage bag. The insulated bags are delivered to each classroom by 8:00am. The first bell rings at 8:10am for Advisory. During Advisory students grab a breakfast while teachers mark off on the roster who received what. Teachers then take attendance and make announcements. After Advisory ends at 8:30am the food service staff returns for the insulated bags.

Breakfast in the Classroom at Golder is well orchestrated with everyone knowing and playing their part with ease. Gay likes how simple Breakfast After the Bell is in his school. “The way we provide breakfast is not intrusive or disruptive to the classroom nor does it give teachers another job to do.”

In just four weeks Breakfast After the Bell has become ingrained in Golder’s culture. “We couldn’t get rid of Breakfast in the Classroom now because students have connected that is what we do,” said Gay. 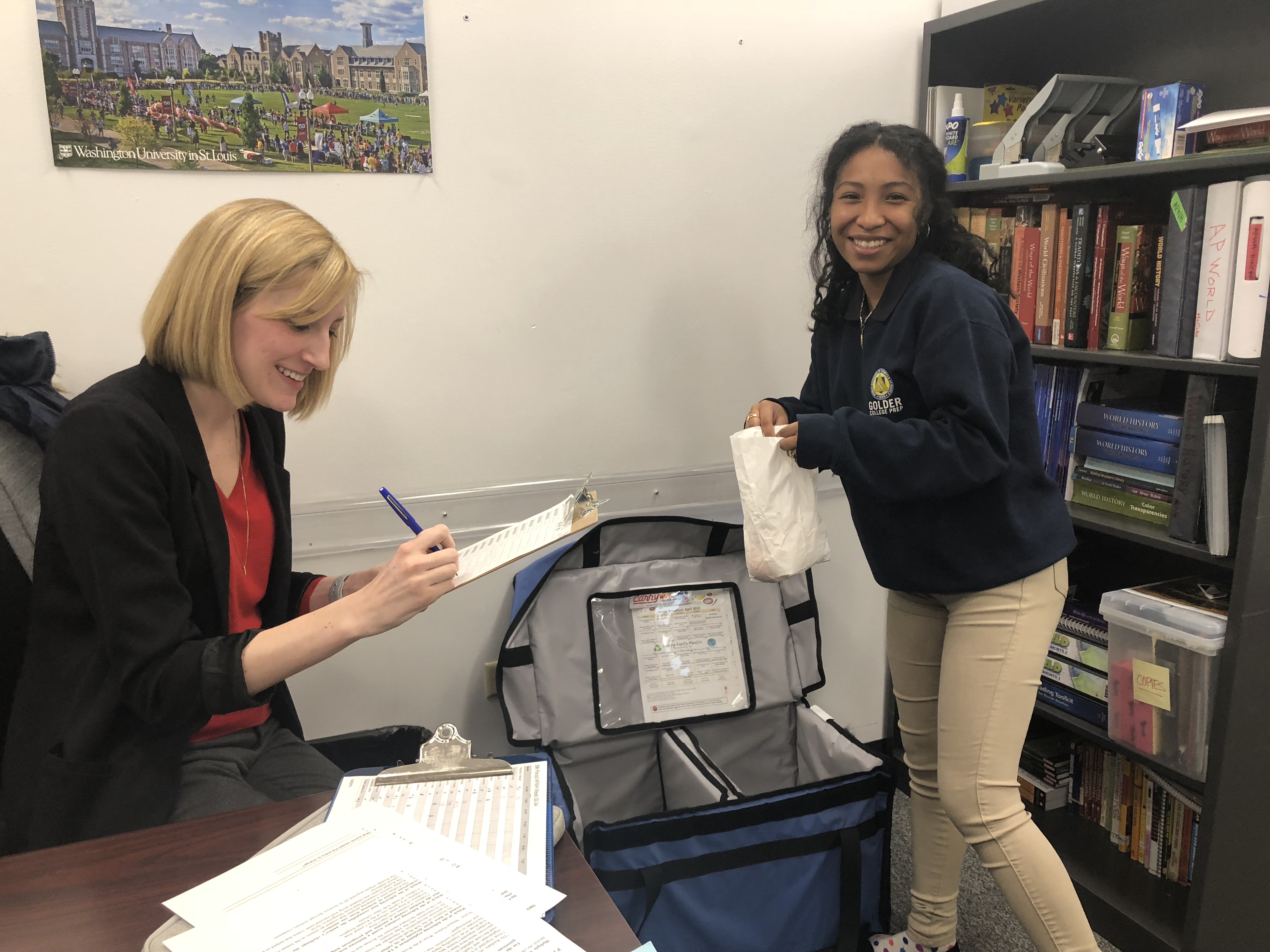 Golder student grabbing a breakfast and being marked-off

Carolyn Raeckers, Golder’s Dean of Operations said that teachers have seen an increase in energy and student participation in the classroom since implementing Breakfast in the Classroom.

“Having breakfast readily available to our students in the classroom prioritizes being happy and healthy,” said Raeckers.